Home»Reviews»THE MORNING THEY CAME FOR US 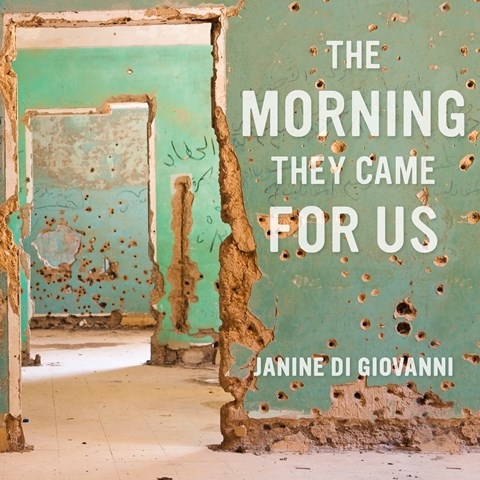 THE MORNING THEY CAME FOR US Dispatches from Syria

Painting a grim picture of the war in Syria, journalist Janine di Giovanni weaves the experiences of common people caught in a war-torn nation. Teri Schnaubelt's straightforward narration lends credence to the stories, many of which are difficult to hear. Rape, torture, poverty, illness, and starvation are brutal realities for many in Syria. Listening to Schnaubelt describe the atmosphere before people realized how devastating the war would be and then their reactions after the war began to engulf the entire nation is eye-opening. THE MORNING THEY CAME FOR US shows the pain and destruction of the war, and listening to it will make it feel real for the listener. A.G.M. © AudioFile 2017, Portland, Maine [Published: FEBRUARY 2017]