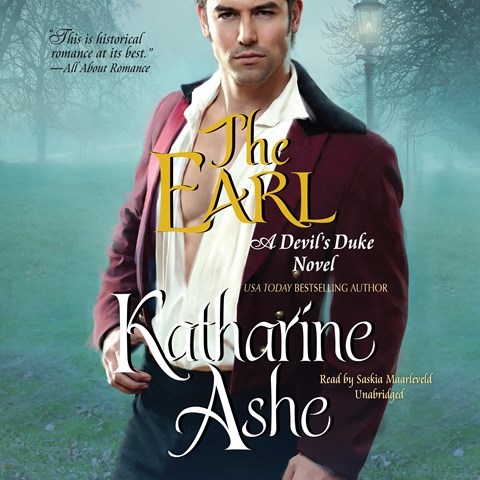 The second Devil's Duke novel has a sprawling, complex plot that mostly takes place in the Scottish Lowlands and perfectly suits narrator Saskia Maarleveld's skill with accents. Emily Vale's sister is missing, but she cannot risk her anonymity as Lady Justice, pamphleteer and crusader, so she cannot contact the Falcon Club for help. Colin Gray, earl of Egremoor (and former Falcon Club secretary) doesn't know who Lady Justice is, but he considers her a dangerous adversary nonetheless; he is also in love with Emily. When they wind up in the wilds of Scotland, mistaken for armed highwaymen, they must work together to survive. Maarleveld captures the tension between Emily and Colin as they work through their complicated relationship in this satisfying story of enemies turned lovers. K.M.P. © AudioFile 2016, Portland, Maine [Published: DECEMBER 2016]