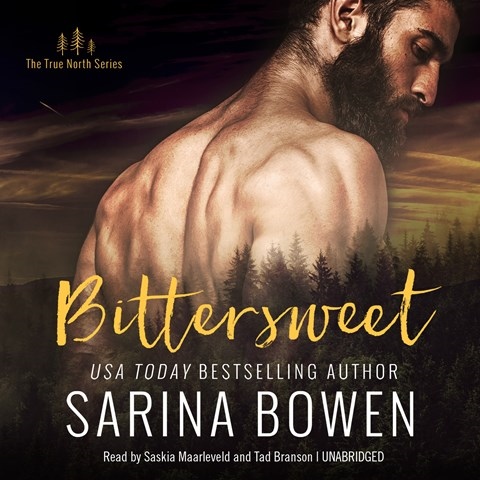 Having separately left the world of elite Boston restaurants, Griffin Shipley and Audrey Kidder reconnect when her car gets stuck on his farm in the Vermont countryside. Tad Branson captures Griffin's seriousness with drawn-out phrasing; he deals with his love and responsibility for his family with wit and sarcasm. In alternating chapters, Saskia Maarleveld portrays Audrey, a feisty young woman who is ready conquer challenges. Maarleveld subtly reveals Audrey's uncertainty as she's torn between her love for Griffin and her dream of being a successful chef. Branson's husky timbre makes their sexual connections sizzle. Maarleveld delivers Audrey's pleasure in these moments and makes the heat of the kitchen pale in comparison. S.H. © AudioFile 2017, Portland, Maine [Published: JANUARY 2017]