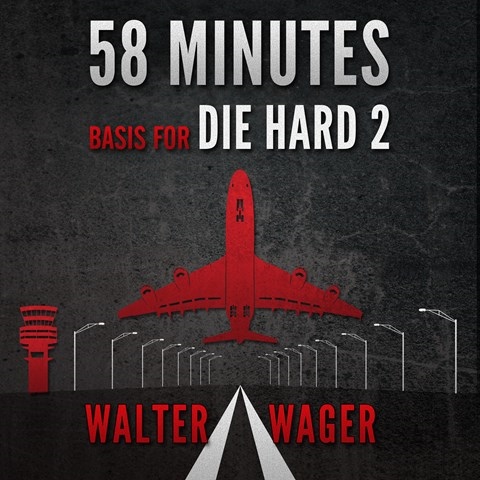 58 MINUTES The Basis for Die Hard 2

Listening to this audiobook, one finds it impossible not to imagine Bruce Willis as the hard-bitten cop Frank Malone as he desperately tries to defeat a master terrorist who is holding 19 planeloads of passengers hostage. The novel, which is the basis for DIE HARD 2, is as action-packed as the film. Narrator R.C. Bray adds to the excitement as his broadcaster's voice gives a play-by-play of the heroics. Some of the book is in real time, adding to the thrill. Bray gives vocal differentiation to the characters, making conversations and events easy to follow. Listeners won't be able to turn off this nail-biter--and may even end up renting the movies. M.S. © AudioFile 2016, Portland, Maine [Published: DECEMBER 2016]