Home»Reviews»NO PITY FOR THE DEAD 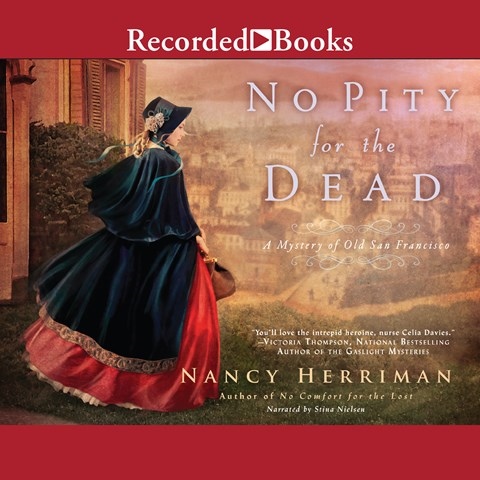 NO PITY FOR THE DEAD Mystery of Old San Francisco, Book 2

Stina Nielsen, who narrated NO COMFORT FOR THE LOST, is completely at home delivering the second in Herriman's Mystery of Old San Francisco series. This time, nurse Celia Davies and detective Nick Greaves are on the hunt for answers after 14-year-old Owen digs up a body under the basement floor of the offices of a dodgy real estate company. Nielsen's portrayal of Owen is so real listeners will swear there's a teenager in the room. Her Celia is spunky, conflicted about her attraction to Nick, and incorrigible. Her version of Nick sounds like a man trying to be nonjudgmental but whose bias is showing. The plotting is clever, the characters are appealing, and Stina Nielsen's performance makes this first-rate series even better. S.J.H. © AudioFile 2017, Portland, Maine [Published: JANUARY 2017]