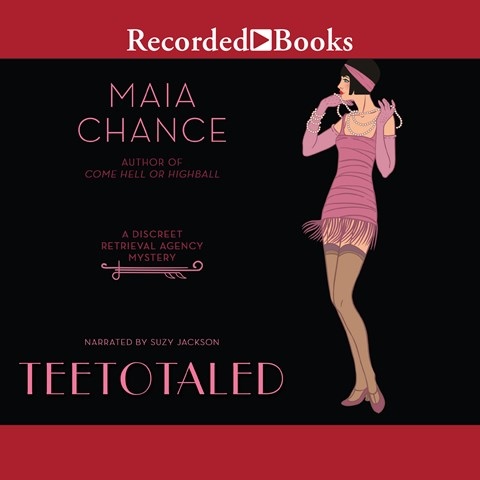 In the second installment of the Discreet Retrieval Agency mystery series, 1920s socialite Lola Woodby is widowed and penniless. She and her former Swedish cook, Berta, have formed a private detective agency and are delighted to be hired to acquire a young woman's diary. Soon, they find themselves in the middle of a murder mystery. Narrator Suzy Jackson energetically portrays the singular Lola, whose curvaceous figure inhibits her from squeezing through small windows. She refuses to wear sensible shoes and often ends up with mustard or chocolate dribbled onto her dress. There are times when Jackson's engagement flags a bit and when Berta's Swedish accent disappears--but, overall, this is an enjoyable narration of a fun mystery. M.M.G. © AudioFile 2017, Portland, Maine [Published: FEBRUARY 2017]