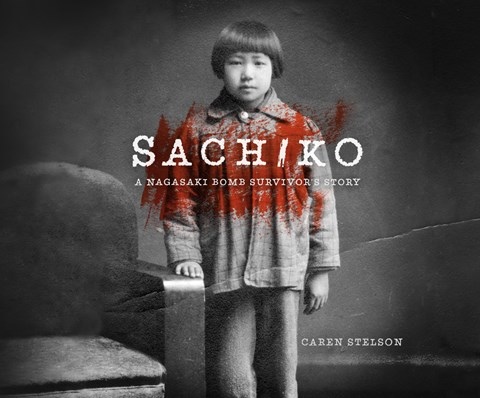 by Caren B. Stelson | Read by Katherine Fenton, John Chancer

How do you tell the story of the horrific suffering of an innocent child who grows up to become a hopeful woman? Two narrators use three distinct styles in telling this true story of Sachiko, a child survivor of the Nagasaki atomic bombing. In this third-person account, Katherine Fenton makes a vocal distinction between Sachiko's childhood memories of the bombing and her later life. With youthful innocence, Fenton describes Sachiko’s burning feet, dirt-choked lungs, and other agonies. She utilizes a more matter-of-fact tone for Sachiko’s later reflections. John Chancer is unsentimentally informative as he delivers historical and political background information needed to understand Sachiko's story in the context of world history. An author’s note begins and ends the book. L.T. © AudioFile 2017, Portland, Maine [Published: JANUARY 2017]