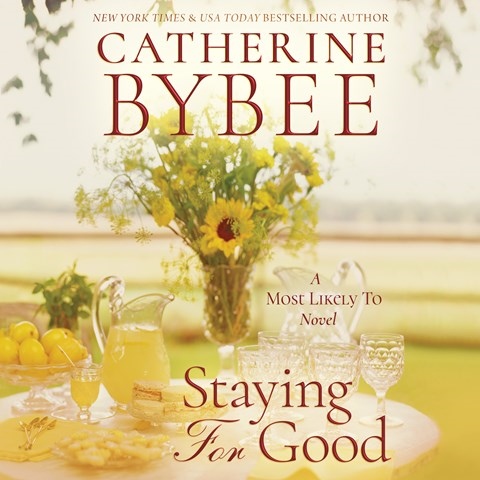 STAYING FOR GOOD Most Likely To, Book 2

Celebrity chef Zoe Brown left River Bend, Oregon, 11 years ago to create a better life. Christina Panfilio's narration of Zoe's conflicting emotions over her career and her past bring out the character's vulnerability. Panfilio's appealing technique allows the listener to appreciate this character's accomplishments as a successful chef as well as her ability to rise above a difficult childhood. Panfilio amplifies the resentment Zoe's mother feels for her own stagnant life as compared to Zoe's success. As Luke, Zoe's boyfriend, Panfilio portrays a man who is determined to fight for their love, giving their relationship sparks and credibility. The descriptions of Zoe's culinary delights and the characters' reactions provide some light moments that balance the story. S.H. © AudioFile 2017, Portland, Maine [Published: JANUARY 2017]