Home»Reviews»THE AUTOBIOGRAPHY OF MY MOTHER 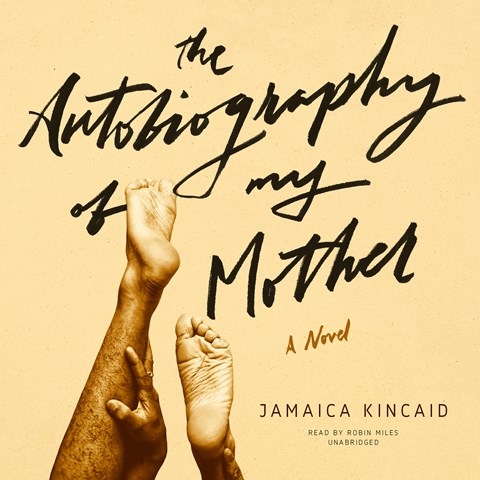 THE AUTOBIOGRAPHY OF MY MOTHER

Narrator Robin Miles defiantly voices the character Xuela in this fictional autobiography. While it's easy to be lulled by the seemingly simple story and Miles's Caribbean lilt, each vignette is characterized by Xuela's astute observations on gender and nationality. Jamaica Kincaid's writing is often described as lyrical. Miles brings that poetry to listener's ears, where it sings. It's tempting to fear or despise the characters introduced by Xuela, even to despise Xuela herself, but the story reminds us that she was an orphan from birth. This is not said to evoke sympathy but rather to convey that Xuela was raised without maternal protection and had to weave that blanket for herself. Miles continually brings listeners back to Xuela's stark reality and her will to survive. M.P.P. © AudioFile 2017, Portland, Maine [Published: FEBRUARY 2017]