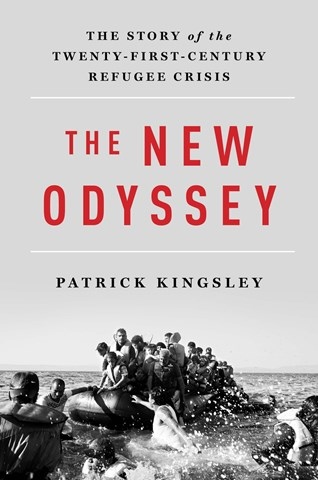 THE NEW ODYSSEY The Story of Europe's Refugee Crisis

Thomas Judd misses an opportunity in his narration of Kingsley's important new book about the refugee crisis facing Europe and the world. Much of the audiobook is story and character driven, but Judd doesn't do much to dramatize the action or separate the main characters from the background. The story of Hashem al-Souki, a Syrian refugee looking to make his way to Europe via hazardous routes, is the thread that holds the audiobook together. But Judd's performance just doesn't capture the difficulty and the hardship involved. His descriptions of the desperate journey are delivered in the same voice and the same rhythms as his discussions of immigration policy. Judd's performance might capture listeners' minds, but it won't tug at their heartstrings. G.S.D. © AudioFile 2017, Portland, Maine [Published: JANUARY 2017]