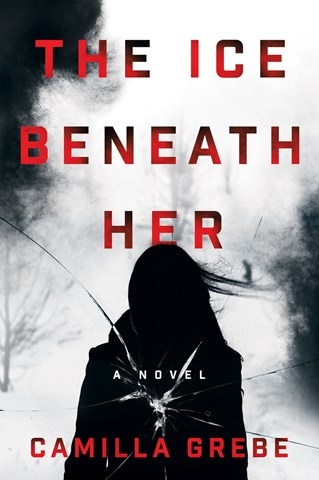 THE ICE BENEATH HER

A trio of narrators gives voice to Grebe's psychological thriller, told from alternating points of view. John Lee, portraying the the Swedish police detective Peter, brings out the internal conflict of his character while highlighting his unlikable cowardice. Justine Eyre portrays the police department's profiler, Hanne. Eyre delivers Hanne's struggle with early-onset dementia well, but ultimately her character comes across as whiny and consumed with self-pity, making her less believable as a respected professional—and, even worse, a negative stereotype for females. What saves this mediocre plot is Katharine McEwan's portrayal of Emma, the poor shop girl who is wronged by her wealthy boyfriend. McEwan single-handedly delivers the chills, and her performance makes this worth a listen. J.F. © AudioFile 2017, Portland, Maine [Published: MARCH 2017]