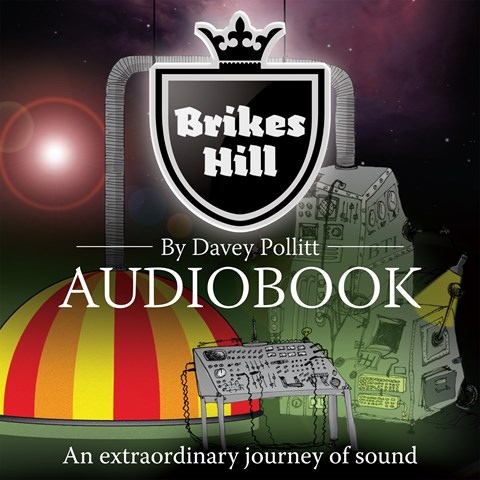 David Pollitt's gem will have children of all ages spellbound. When Otto refuses to attend his mother's wedding, he's sent to stay with his grandfather, the inventor of the "brike," which is half bike and half dinosaur. Pollitt, who also cowrote the production's music, is stupendous as brilliant and witty Grandad and engaging as many other characters. Lively music and realistic sound effects throughout add atmosphere. The most fun is Gay Soper as Audrey, Grandad's lovably bossy housekeeper. Listeners will be thrilled to hear the talking dinosaurs when Otto and his cousins use the brikes to defeat Ernie, who's trying to steal grandad's secrets. A touching concert with music that represents each of the story's characters and events is a final treat in this unique audiobook. S.G.B. Winner of AudioFile Earphones Award © AudioFile 2017, Portland, Maine [Published: FEBRUARY 2017]