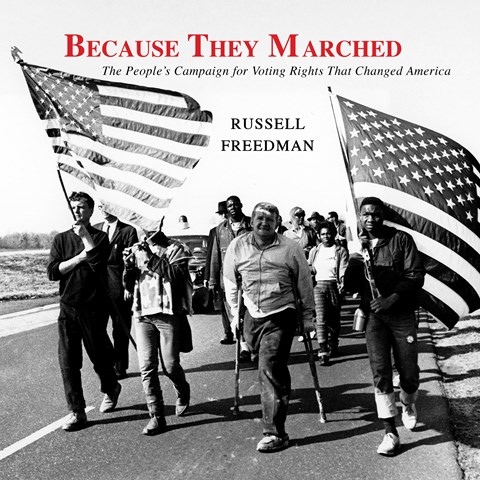 In the mid-1960s, the black community in Selma, Alabama, began protesting as the difficulty in registering to vote worsened. Narrator Rodney Gardiner recounts the story of the protest marches, beginning with the teachers' march in January 1965. Martin Luther King, Jr., helped galvanize the movement, energizing the young people. Gardiner's resonant voice captures the mood as they faced intimidation and beatings. After the death of a demonstrator, the community marched from Selma to Montgomery despite threats from officials. Caught on camera, the violence the protesters faced helped the movement gain national attention. From the hope and faith of the protesters to the brutal treatment they received, Gardiner's even tone and compassionate style add to the story of those who marched. A.G.M. © AudioFile 2017, Portland, Maine [Published: JANUARY 2017]