Home»Reviews»BETWEEN THE DEVIL AND THE DUKE 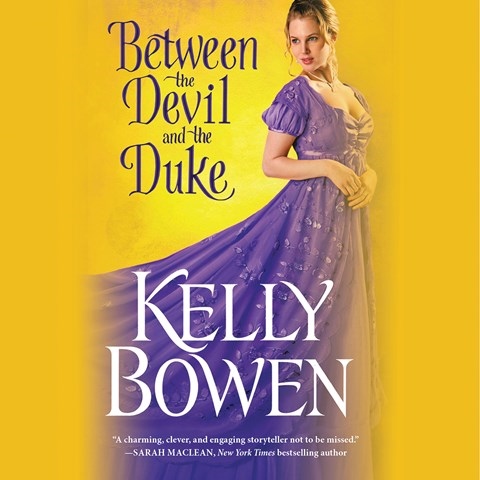 BETWEEN THE DEVIL AND THE DUKE Season for Scandal, Book 3

Ashford McNab displays the full gamut of emotions while narrating the third title in Bowen’s Season for Scandal series. McNab’s theater training allows her to create a believable cast of characters spanning from the haut ton to lords of the criminal underworld. Angelique Archer has had enough of being passive and decides to take fate into her own hands, using Alexander Lavoie’s club to make the money her family so desperately needs. But when Lavoie unexpectedly catches her, all bets are off. While the final reveal of the villain is not really all that surprising to anyone paying attention, McNab’s complete commitment to the text more than makes up for it. Another recommended title for those who prefer their romances unabashedly feminist. K.M.P. © AudioFile 2017, Portland, Maine [Published: APRIL 2017]