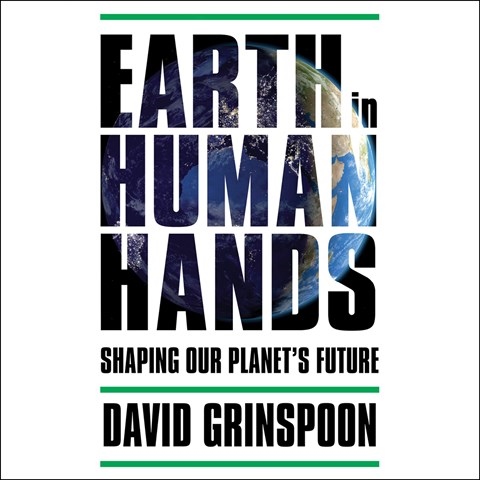 David Grinspoon wants to cut the global carbon footprint, but he also looks beyond that to a new Anthropocene era in which humans make positive changes to the Earth instead of continuing our relentlessly negative impact. Grinspoon's enthusiasm and natural curiosity shine throughout his writing and narration. He considers the past--an ant's journey from Argentina to New Orleans and the changes it wrought, for example--as well as the possibilities to be found in a geo-engineered future. His voice carries a wide-eyed tone as he discusses the conditions necessary for intelligent life to spring up on other planets. As he details the work of SETI (Search for Extraterrestrial Intelligence), he expresses the hope that Earth will continue to broadcast to the stars for the purpose of making contact. J.A.S. © AudioFile 2017, Portland, Maine [Published: MARCH 2017]