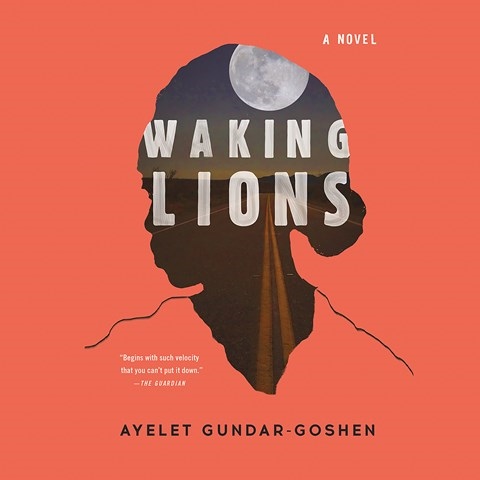 Deep-voiced Paul Boehmer narrates this police procedural set in Be'er Sheva, the brittle Israeli desert. After Dr. Eitan Green hits and kills an Eritrean man with his car in the middle of the night, he is blackmailed into providing medical treatments to Eritrean refugees. At the same time, Green's wife, a detective, is investigating the hit-and-run. Boehmer's reading echoes the emotional drama of a guilty conscience. He delivers both thoughts and dialogue with barely discernable Israeli and African accents. This mystery forces listeners to pay attention to extensive details of the murder investigation, graphically described medical procedures, and internal ruminations of the main characters. Boehmer works hard to dramatize the horror of lies, secrets, and the ramifications of one careless act. M.B.K. © AudioFile 2017, Portland, Maine [Published: MAY 2017]