Home»Reviews»MISS TREADWAY AND THE FIELD OF STARS 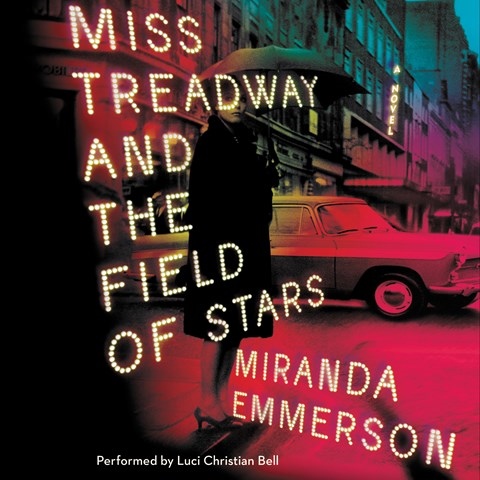 MISS TREADWAY AND THE FIELD OF STARS

This literary mystery is set in the swinging London of the mid-1960s. In telling the story of a missing American actress, it also depicts a period in which England's developing multiculturalism is causing big changes in social and behavioral norms. Narrator Luci Christian Bell brings to life a Jamaican accountant; a Pakistani restaurant owner and his daughter; a charismatic American actress and her English dresser, who has the instincts of a detective; and several Irish immigrants. Bell is an actor from Texas, but her many deft characterizations show no trace of her origin. Her portrayals are vivid and emotionally complex. This well-written, well-delivered mystery even includes a burgeoning romance. D.L.G. © AudioFile 2017, Portland, Maine [Published: MARCH 2017]