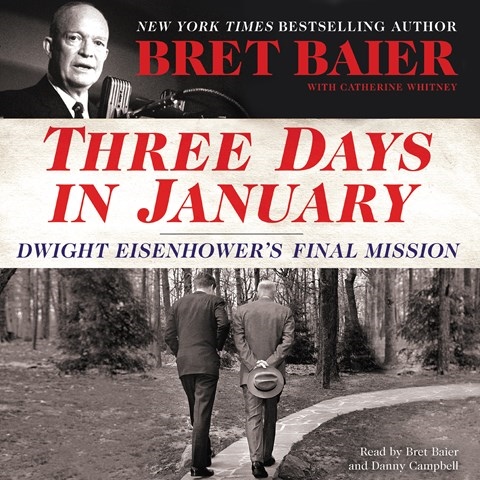 Narrator Danny Campbell makes what could have been a dry political science text into a relatively engaging examination of the last days of the Eisenhower administration. Campbell's conversational style carries the listener along, even during some of the more arcane sections. The focus of the work is Ike's efforts to make the transition to the Kennedy administration as smooth as possible. The audiobook also examines at some length the outgoing president's farewell message, which was far more than its memorable warning about the growing military industrial complex. The author opens with a biography of Eisenhower that is detailed enough to provide context but short enough that it doesn't slow the work or detract from its major premise. R.C.G. © AudioFile 2017, Portland, Maine [Published: FEBRUARY 2017]