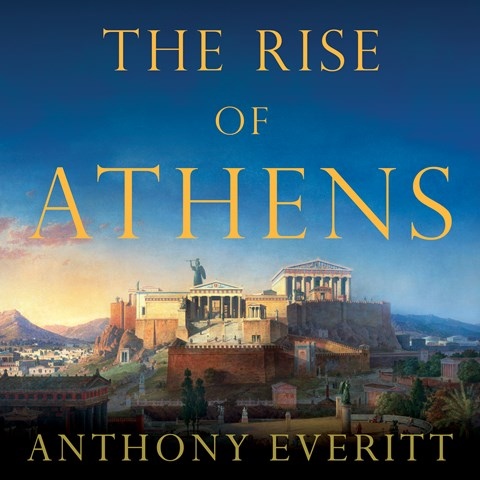 THE RISE OF ATHENS The Story of the World's Greatest Civilization

Narrator Michael Page renders Everitt's popular history of ancient Athens and the larger Greek world with fidelity both to the text's overt and implied meanings. His voice often sounds somewhat strained, but is still serviceable and expressive, even likable. He moves briskly and accurately, drawing listeners along. He fits inflection and emphasis to meaning with intelligence, at the same time matching his tone to the underlying sense and implications of the text, enhancing its significance without drawing attention to the reading itself. He expresses both the author's ironic disapproval and moral concern regarding the Greeks' self-destructive behavior and failings, as well as his admiration for their achievements. W.M. © AudioFile 2017, Portland, Maine [Published: APRIL 2017]