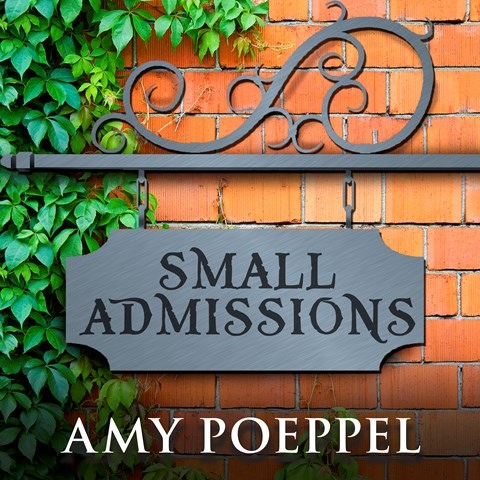 Narrator Carly Robins creates Poeppel's believable and hilarious world of 20-something relationships, set in New York City. Kate has been rejected by her boyfriend and spends months on the couch, unable to be consoled. Her friends try to help, and her sister offers various opportunities to lift her out of her funk, but Kate is stuck in an emotional desert. A turning point occurs when she unwittingly lands a job in admissions at a private school, where students, staff, and parents cause her to engage and move forward, revealing "small admissions" of her own in the failed relationship. As narrator, Robins has a pleasant voice, but the listener will have to work to discern the changes in point of view and identify which character is speaking. L.M.A. © AudioFile 2017, Portland, Maine [Published: APRIL 2017]