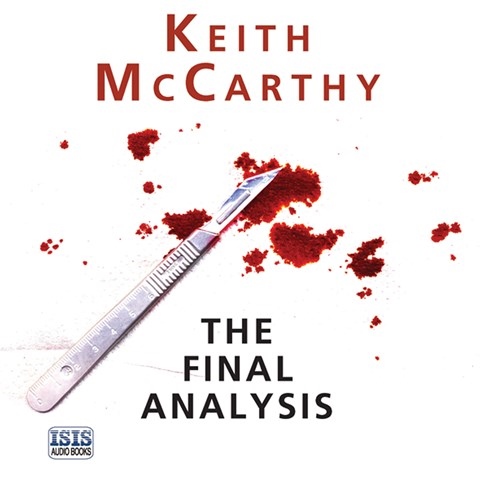 Gruesome eviscerations are the trademark of a serial killer in the latest installment in the Eisenmenger-Flemming Forensic Mysteries series. Seán Barrett's narration is so artful that clichéd expressions and an excess of hyperbole will go almost unnoticed by listeners. Four years ago, Melkior Pendred was arrested, convicted, and sent to prison for the murder and dissection of five people. After Melkior dies in prison, another brutal killing occurs that authorities believe to be the work of Melkior's twin, Martin. Martin has autism and not much of an alibi for the night of the most recent killing. Barrett gives fully realized and credible portrayals of the main characters, especially forensic pathologist Eisenmenger, who believes the killings to be the work of a copycat. Barrett makes the listening compelling. S.J.H. © AudioFile 2017, Portland, Maine [Published: MARCH 2017]