Home»Reviews»WITH A PASSION PUT TO USE 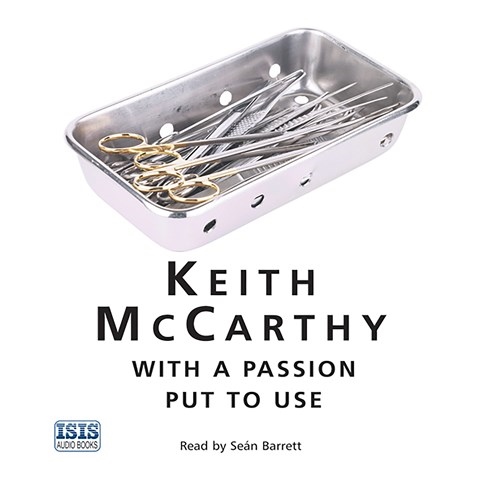 WITH A PASSION PUT TO USE Eisenmenger-Flemming Forensic Mysteries, Book 6

Narrator Sean Barrett captures the emotional currents in this forensic thriller. At England's St. Christopher's Hospital, newly hired pathologist John Eisenmenger discerns the established hierarchy but can't keep himself from questioning details the staff seem to ignore. His suspicions lead him to bizarre twists and red herrings. Meanwhile, his girlfriend struggles with a difficult pregnancy that requires a level of emotional support he is unable to provide. Barrett describes murder scenes with stark realism and drives suspense through pace and tone. A medical thriller isn't usually a genre with humor, but Barrett delivers this author's wit flawlessly. Each character is well defined and made believable with seemingly effortless vocal changes. L.M.A. © AudioFile 2017, Portland, Maine [Published: APRIL 2017]