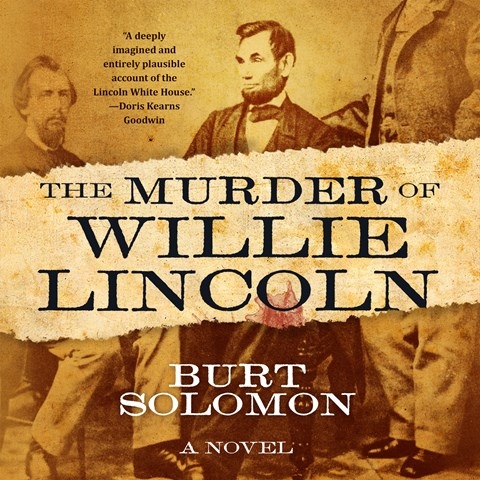 THE MURDER OF WILLIE LINCOLN

When President Lincoln's son Willie died in 1862, the reported cause of death was typhoid fever. This captivating audiobook, narrated eloquently by Holter Graham, imagines that Willie was actually murdered, a victim of an opponent of his father's controversial policies. Graham particularly excels when he provides the characters with distinct personas. His portrayal of John Hay, who is charged with investigating and solving the crime, is especially memorable. As Hay investigates, he discovers many suspects within the dark underbelly of the White House. As the intensity of the search increases, so do Graham's tone, inflection, and display of emotions. While the ending requires listeners to have a scorecard, Graham's presentation never falters, making this a satisfying audiobook from beginning to end. D.J.S. © AudioFile 2018, Portland, Maine [Published: JUNE 2018]