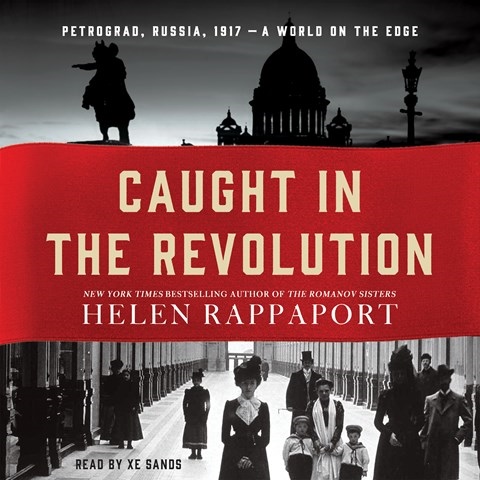 CAUGHT IN THE REVOLUTION Petrograd, Russia, 1917 - A World on the Edge

This centenary year of the Russian Revolution promises a string of new audio histories, but not many will surpass this one for impact. Xe Sands is a subtle and empathetic narrator--not the voice you'd immediately think of for a story of violent upheaval. Helen Rappaport's narrative, too, told from the perspective of Westerners in the Russian capital in 1917, might initially seem narrow and parochial. But together they bring the listener down to street level to witness firsthand a chain of events that seems astonishing even today. Hunger, confusion, high hopes, terror, and ruthless determination fueled those uncertain months, and, as the chapters unfold, you see and feel with vivid immediacy how everything could have been so different--and yet could have ended no other way. D.A.W. Winner of AudioFile Earphones Award © AudioFile 2017, Portland, Maine [Published: MARCH 2017]