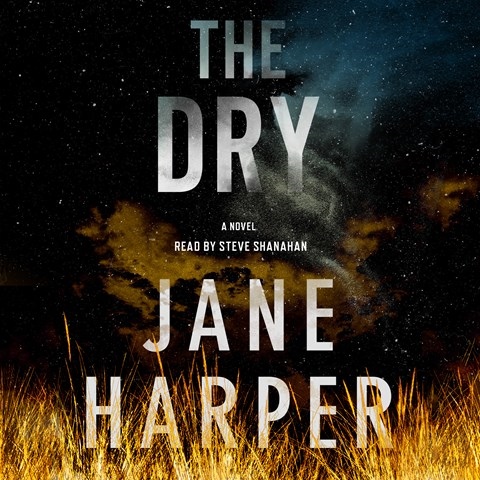 Debut author Jane Harper’s fine prose and narrator Stephen Shanahan’s expert delivery combine for a transcendent Australian noir experience. Against the backdrop of a devastating two-year drought, federal agent Aaron Falk returns to his hometown for the funeral of his childhood friend, Luke Hadler. Luke has apparently killed his family and then himself, but Falk’s own investigation starts to unravel the murder-suicide theory. From the opening sentence of this compelling mystery, Shanahan’s accent and speech patterns immerse listeners in the Australian countryside. He also consistently sprinkles in little touches—a stifled yawn, a burp after a swig of beer, a nasally voice for a man with a broken nose—that breathe vivid life into the story and characters. A.T.N. Winner of AudioFile Earphones Award © AudioFile 2017, Portland, Maine [Published: JANUARY 2017]