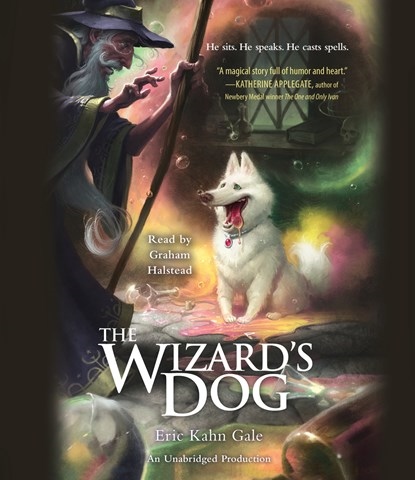 This fanciful retelling of The Sword in the Stone legend unfolds through the perspective of Nosewise, wizard Merlin's dog. Narrator Graham Halstead does a fabulous job capturing Nosewise's enthusiastic, loyal spirit, along with his delight in sounds, smells, and adventures (not to mention his dislike of doors). Nosewise is aided by Merlin's assistant, Morgana, who helps him access some magic through a special stone, which comes in handy when he must rescue Morgana and Merlin after they're captured by the fae. Halstead's well-depicted voices for Merlin, Morgana, and a host of others add dimension and drama to the story But best in show is lovable Nosewise, whose original perspective is highly entertaining. Listeners will never doubt this hero's ability to save his human family. J.C.G. © AudioFile 2017, Portland, Maine [Published: FEBRUARY 2017]