Home»Reviews»WE: A MANIFESTO FOR WOMEN EVERYWHERE 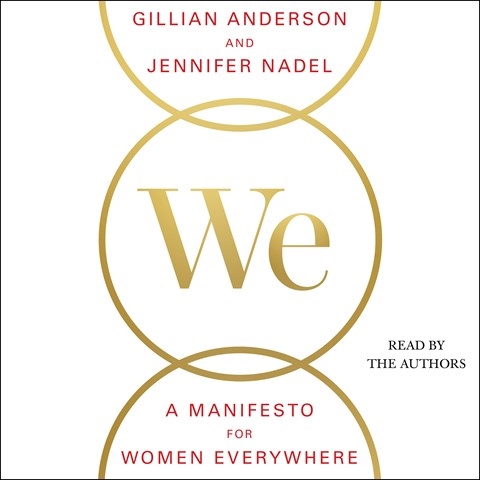 WE: A MANIFESTO FOR WOMEN EVERYWHERE 9 Principles to Live By

Actress Gillian Anderson, Scully in "The X Files," and her writer friend Jennifer Nadel offer a manifesto that, in reality, serves comfortably entitled Anglo-American women, rather than the grandly promised "women everywhere" of its title. Anderson reads at a steady pace in her American accent, while, in contrast to Anderson's style, Nadel's overly deliberate pacing and London accent make her passages sound almost lugubrious. Their call to action revolves around feeling better about yourself through self-caring activities (yoga, counseling) and a broad reminder that "all" women form a sisterhood. Interest in this is most likely to come from Anderson and Nadel's peers, who may find it soothing rather than igniting. F.M.R.G. © AudioFile 2017, Portland, Maine [Published: MARCH 2017]