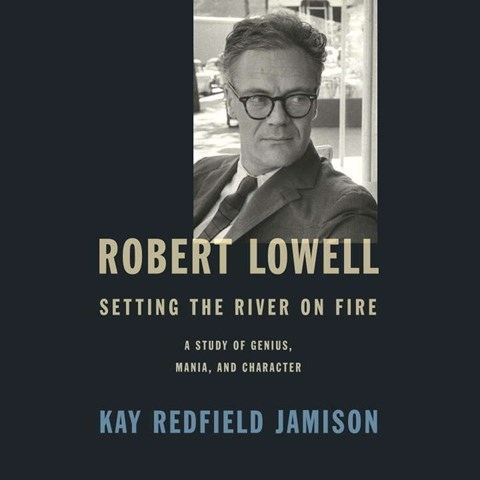 ROBERT LOWELL: SETTING THE RIVER ON FIRE A Study of Genius, Mania, and Character

The subtitle of this audiobook summarizes it well: "A Study of Genius, Mania, and Character." While it does cover the major events of the renowned American poet's life, it's not a biography in the conventional sense. Instead, it's a consideration of the relationship between his genius and his bipolar illness--by a psychologist who herself has bipolar illness. Narrator Jefferson Mays does a solid job with the text, which includes a great deal of prose and poetry from Lowell himself, as as well as from his friends, many of whom were also respected poets. The technical aspects of the psychological discussion remain clear as well. Lowell's prose overshadows Jamison's, but Mays gives the work of both writers appropriate weight, and he is particularly good with the poetry. For an extra treat, the book ends with Lowell reading one of his own poems, "Epilogue." D.M.H. © AudioFile 2017, Portland, Maine [Published: MARCH 2017]