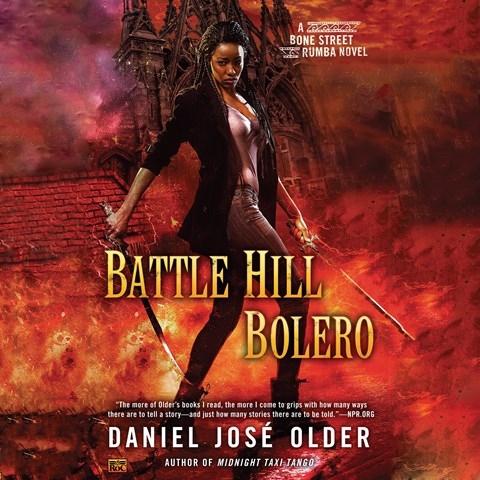 The author narrates the third and final volume in his Bone Street Rumba trilogy, bringing the series to a satisfying conclusion. The trouble that has been brewing between the Council of the Dead and the supernatural beings they govern has finally come to a head, leading to open rebellion. Older's narration is fast and tight yet fluid, allowing for quick shifts between action-packed battles and quieter moments laced with sly humor. It's clear that Older not only lives in the same vibrant neighborhood his characters inhabit but also that recent social and political events have informed his novel. "Tonight we rise as one and change the world!" A powerful conclusion to an excellent urban fantasy series. K.M.P. Winner of AudioFile Earphones Award © AudioFile 2017, Portland, Maine [Published: MARCH 2017]