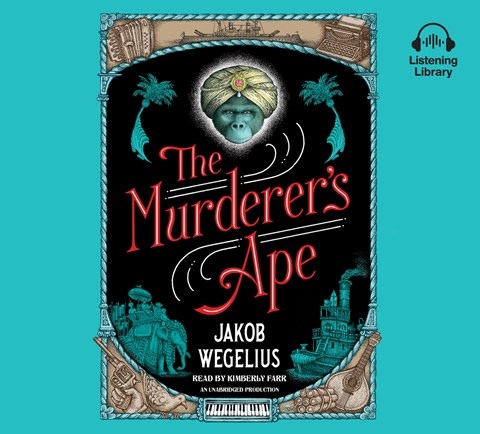 Kimberly Farr convincingly renders every accent and personality of the many diverse characters in this unusual novel. In 1904, Sally Jones, a gorilla who can read and write, is caged until compassionate sea captain Henry Koskela purchases her. Farr's Sally Jones is fully believable as she recounts her story on an Underwood typewriter. When Koskela is falsely imprisoned for murder in Lisbon, Sally Jones works to prove his innocence, with the help of kind friends. Especially noteworthy are Farr's voice and accents for a factory worker who introduces Sally Jones to an Italian luthier. Listeners will be riveted as Sally Jones endures imprisonment and betrayal when she travels to India to find the real murderer. S.G.B. Winner of AudioFile Earphones Award © AudioFile 2017, Portland, Maine [Published: APRIL 2017]