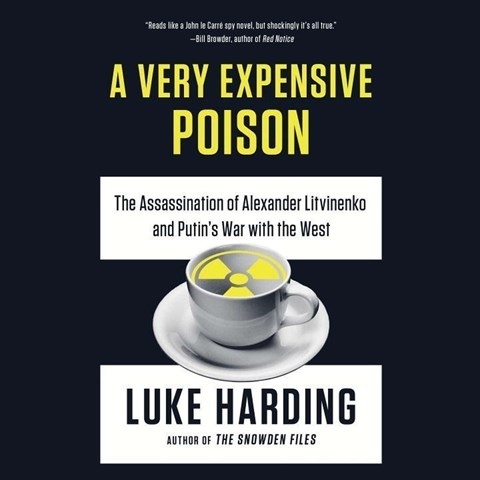 Deep-voiced English narrator Nicholas Guy Smith gives a matter-of-fact tone to this detailed account of the murder of Russian dissident Alexander Litvinenko. A former member of the KGB's successor (the FSB) and a defector to the UK, he became a well-known, outspoken critic of Putin and was murdered in London, probably on orders from Russian officials, through the use of radioactive polonium in November 2006. Smith's enunciation is excellent, and he's easy to understand, although most Russian words are given a British pronunciation, which may be grate on some. His expression is subtle and confident. Individualized voices are not used for quotes, but this doesn't detract from the engaging production. M.T.F. © AudioFile 2017, Portland, Maine [Published: APRIL 2017]