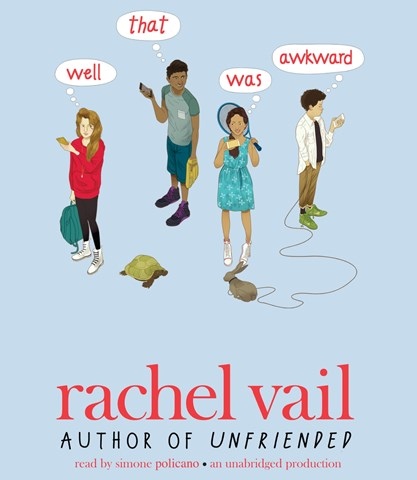 WELL, THAT WAS AWKWARD

Narrator Simone Policano captures the searing self-consciousness and angst of middle school. Featured elements of the story are the awkward first romance and its behind-the-scenes negotiations. In this contemporary retelling of CYRANO DE BERGERAC, eighth-grader Gracie likes AJ, but instead of telling him, she helps her friend Sienna craft admiring texts to him. The story includes other complications such as Gracie's emotional struggles with the long-ago loss of a sibling. Policano handles the story's youthful voices realistically--and is spot-on as the likable but painfully awkward, self-conscious Gracie. Policano captures the humor and poignancy in a quirky story that will be enjoyed by a wide audience of listeners. J.C.G. © AudioFile 2017, Portland, Maine [Published: OCTOBER 2017]