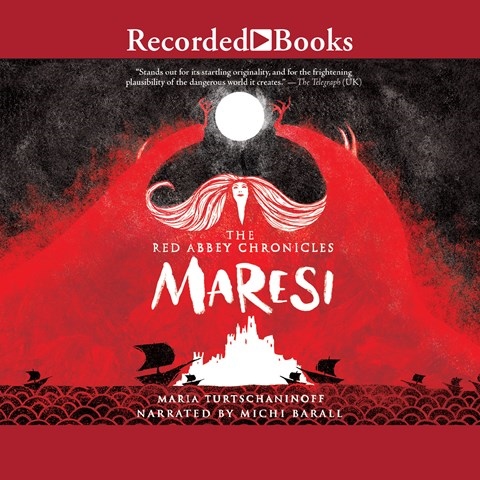 In the first of a planned trilogy, Finnish author Turtschaninoff introduces listeners to the Red Abbey: an isolated island colony where women and girls seek asylum from poverty, hunger, and the brutality and oppression of misogyny. The author's rich world building introduces a fascinating society that celebrates many aspects of femininity. Sadly, narrator Michi Barall struggles to bring the abbey and its inhabitants to life. Inconsistent voicing, mixed text cues, and volume issues--Barall frequently swallows the end of sentences--plague the short audiobook. The entire production has a muffled quality that distracts from the the story, which highlights the main character's growth from a carefree girl into a responsible, determined young woman. E.C. © AudioFile 2017, Portland, Maine [Published: APRIL 2017]