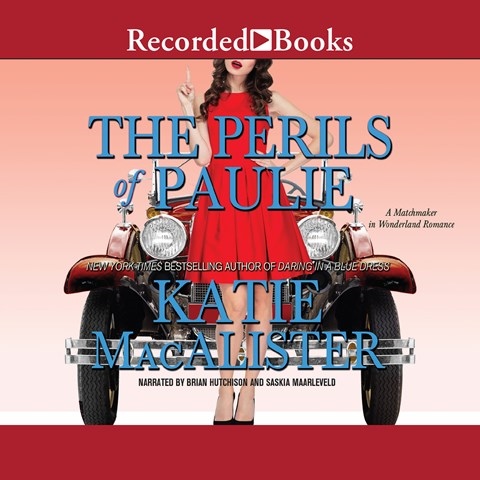 THE PERILS OF PAULIE Matchmaker in Wonderland, Book 4

Paulina Rostakova (Paulie), wishing to escape her wealthy father's overbearing ways, joins a reality TV show that reenacts a race around the world that originally took place in 1908. Narrator Saskia Maarleveld portrays Paulie, who wears a corset and suffragette costume while driving a finicky vintage car. Sparks fly the moment Paulie meets fellow racer Dixon Ainslie, an English aristocrat subtly portrayed by Brian Hutchison with a light English accent. The chapters alternate between Paulie's and Dixon's journals, detailing the action during the race and in the bedroom. Although both narrators read in such a restrained manner that some of the slapstick humor is lost, they make up for it with strong engagement and fitting character accents. M.M.G. © AudioFile 2017, Portland, Maine [Published: MAY 2017]