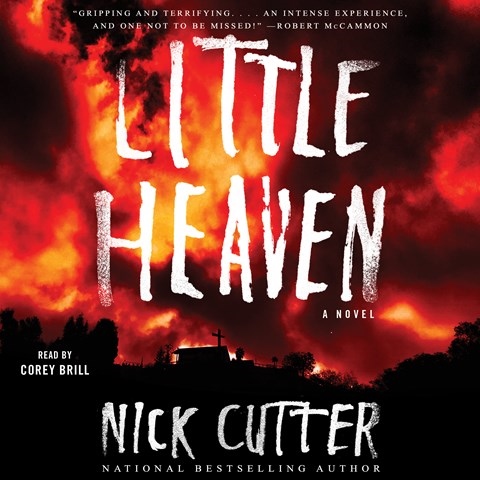 A trio of mercenaries is reunited for a deceptively simple task--to check on a young man they've heard is being held against his will in Little Heaven. The remote settlement in the wilds of the New Mexico desert harbors horror beyond even their imaginations. Corey Brill's narration embraces every aspect of this story--the gritty Western elements, the shudder-inducing menace, and the surprisingly redemptive camaraderie. His calm narration amplifies the gory details of the narrative, and he illuminates each character's motives and emotional depth with subtle vocal shading and inflection. Though not for the faint of heart, Brill's hushed descriptions cast a spell that lingers long after the story has drawn to a close. B.E.K. © AudioFile 2017, Portland, Maine [Published: MARCH 2017]