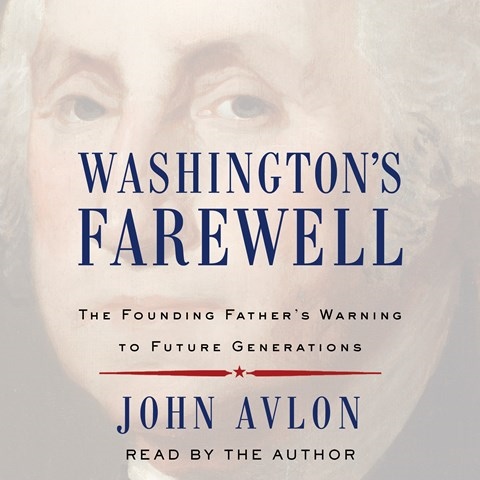 The much-lauded play HAMILTON honors George Washington's 32-page Farewell Presidential Address in song. Narrating his own work, author John Avlon takes another look at the Founding Father's once-famous masterpiece, showing how the events of Washington's time influenced his words--and the history of our nation. Our first president's views on the "mobocracy" of Shay's Rebellion in Massachusetts and the French Revolution, the rise of political parties, and the difficulty of building a new government especially resonated during the Civil War and WWI. Once listeners have the background, the formal language of the speech--presented in full at the end--regains meaning and substance. Avlon ably reintroduces an important contribution to the shaping of our government. J.A.S. © AudioFile 2017, Portland, Maine [Published: FEBRUARY 2017]