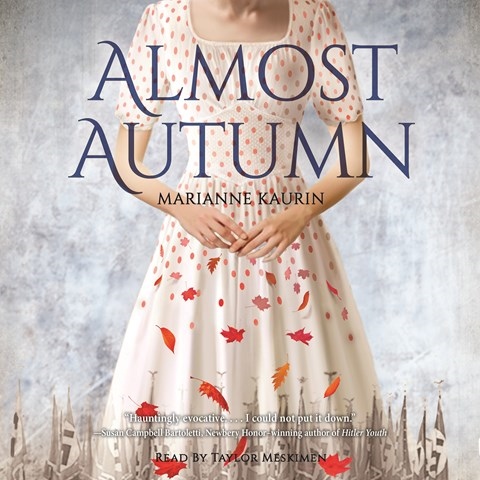 Taylor Meskimen narrates this historical novel, set in Oslo, Norway, in 1942, which tells the story of the German occupation through the thoughts and feelings of 15-year-old Ilse Stern. As she worries about her first crush, Hermann Rod, the realities of the German occupation are making life complicated, confusing, and dangerous. Most of the story is told in Ilse's voice in a stream-of-consciousness style. Speaking with an intense staccato intonation, Meskimen succeeds in getting into Ilse's head and exposing all of her confusion, conflicting emotions, and bewilderment as her world becomes more and more restricted and the sense of danger more palpable. This complex story starts slowly, builds tension, and demands that the listener stay engaged. Attention will be rewarded. N.E.M. © AudioFile 2017, Portland, Maine [Published: AUGUST 2017]