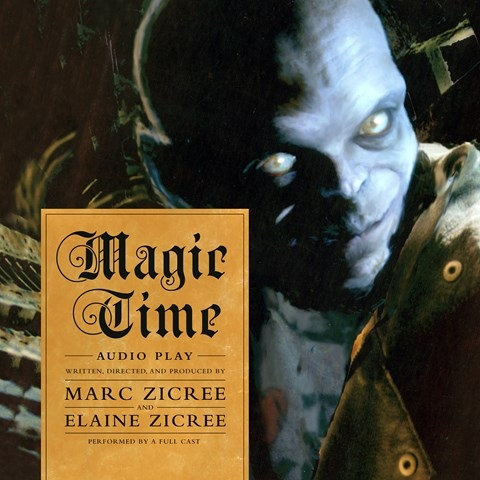 What at first appears to be a worldwide natural disaster turns out to be something much more sinister and magical. A full cast, directed by writers Elaine and Marc Zicree, plunges listeners into an action-packed sci-fi thriller. Young lawyer Cal is set on desperate journey to save his sister, who becomes mysteriously ill as the trouble begins. A colorful array of characters helps and hinders him, including an elevator technician with a proclivity for hunting; a neurotic, nosy neighbor; and a boss-turned-monster. The music, sound effects, and cast create a world both fascinating and frightening. MAGIC TIME is an entertaining listen that leaves one eagerly awaiting the next installment. A.G.M. © AudioFile 2017, Portland, Maine [Published: APRIL 2017]