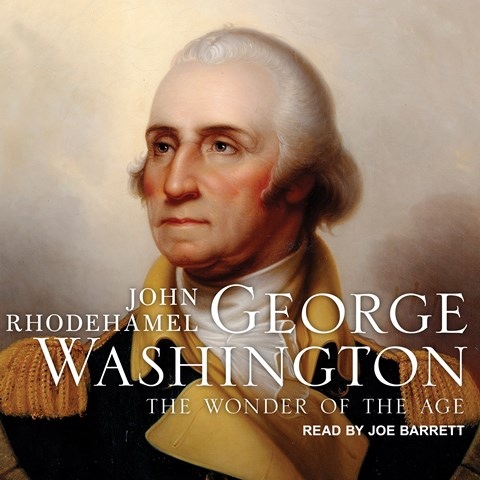 GEORGE WASHINGTON The Wonder of the Age

Audiobook listeners have dozens of fine biographies of George Washington to choose from, but Rhodehamel's concise account excels in its fascinating and reliable details. Narrator Joe Barrett's gravelly delivery may initially sound miscast. But as is the case with the distinctive voices of the vintage radio years, that bit of abrasion suggests honesty, integrity, and a lack of affectation, qualities that in turn define Rhodehamel's portrait of Washington. Today, Washington so often seems a remote and stoical, even stolid, figure. But viewed close up through his public and private behavior, papers, and speech, Washington emerges once again as the key figure in the making of our nation, and an exemplar of political character and forbearance that has no equal. D.A.W. © AudioFile 2017, Portland, Maine [Published: APRIL 2017]