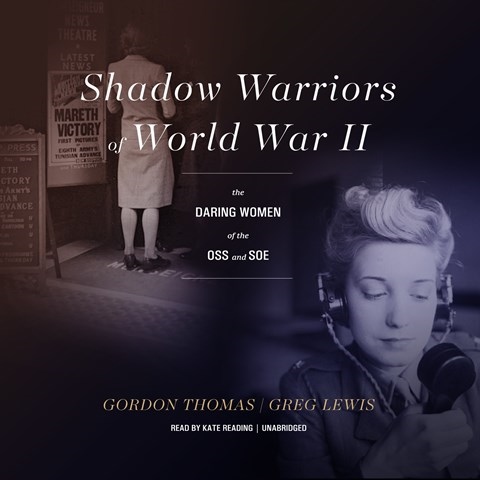 When Allied women went into occupied France as spies, there was little precedent. Most commonly, they were couriers or wireless operators, but their ranks also included Resistance leaders. Narrator Kate Reading tells their stories with a touch of the famous British stiff upper lip. It creates a sense of their duty and bravery. Their stories include romance, seduction, and daring sabotage. There's also a constant undercurrent of the dangers of war. The death toll was relatively heavy, and many of the women were captured by the Gestapo. Authors Gordon Thomas and Greg Lewis meticulously recount the OSS and SOE recruitment of women and their deployment. Even key spy agency secretaries and famous supporting players, including Ian Fleming and Wild Bill Donovan, are covered. J.A.S. © AudioFile 2017, Portland, Maine [Published: MARCH 2017]