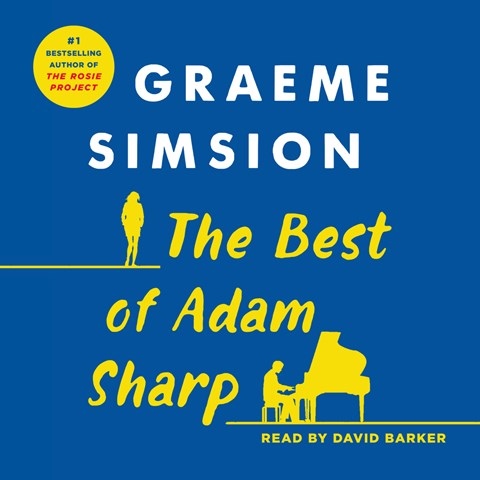 THE BEST OF ADAM SHARP

Here we have a wistful audiobook about a musician who had his chance at the top, gave it up, and is now living a good life in an English town. And then the woman who offered him the chance at stardom comes back into his life. What fun. Narrator David Barker has a deep, English-accented voice that's, well, full of wist. He paces the audiobook superbly and dabbles in some character voices that move the story along. Barker is eminently understandable, and he pronounces every word clearly. But it's the wistfulness that slightly gets in the way. Just when Barker becomes more enthusiastic, he slides back into a slower pace. A little more consistent energy would make this audiobook even better than it is. R.I.G. © AudioFile 2017, Portland, Maine [Published: APRIL 2017]