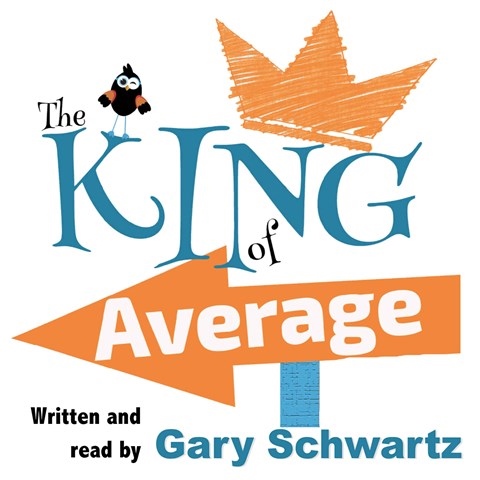 THE KING OF AVERAGE

Only the author could so aptly convey the tone and pace of this whimsical story, which brims with wordplay. Gary Schwartz doesn't disappoint. Eleven-year-old James is a kind young person who just wants to be average. Listeners will cringe to hear his abusive mother verbally attack him. Schwartz captures James's loneliness when he meets Mayor Culpa, a comical scapegoat who bleats as he talks. Culpa introduces James to Monsieur Roget, a charming French optimist, and Killjoy, his opposite, and Schwartz skillfully plays them off each other. It's uplifting to hear everyone encourage James when he's invited to become the mythical King of Average. Well-relayed words (and their opposites) such as "worrywart" and "nervous Nellie" should encourage kids to rethink their own self-doubt and negative images. S.G.B. © AudioFile 2017, Portland, Maine [Published: APRIL 2017]