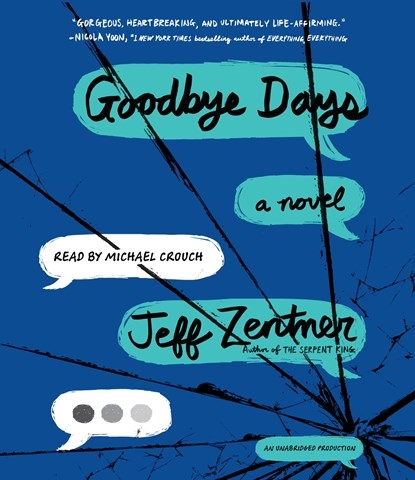 Narrator Michael Crouch's tonal changes are crucial to the story of Carver, a 17-year-old whose texting has contributed to the death of his three best friends. Crouch expresses Carver's regret and grief. Fear adds to this uncomfortable mix when a judge, one of the boys' fathers, demands a criminal investigation. Crouch relieves Carver's anguish with glints of humor that are fully realized in the flashbacks of his adventures with his friends. Crouch equally succeeds with the secondary characters. There is wisdom from his therapist and solace in his family--and from Jesmyn, the girlfriend of one of his friends. As Carver spends three "goodbye days" with his friends' families, there are heartbreaking contrasts of anger and forgiveness. Crouch's shifting tones highlight the many aspects of grief and the power of connection. S.W. Winner of AudioFile Earphones Award © AudioFile 2017, Portland, Maine [Published: FEBRUARY 2017]