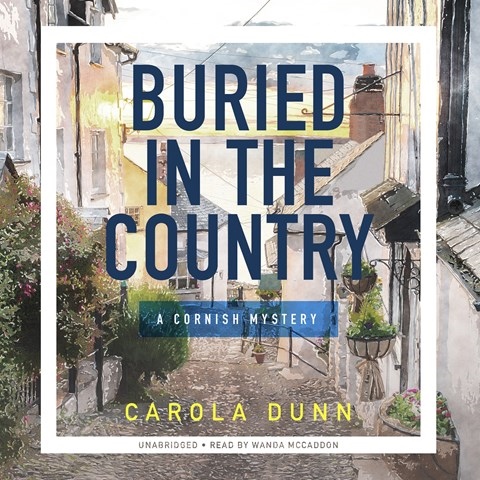 The fourth book in Dunn's Cornish Mystery series is narrated by AudioFile Golden Voice Wanda McCaddon. McCaddon's mature timbre is a perfect match for Eleanor Trewynn, a retired world traveler who finds herself assisting her niece, Detective Sergeant Megan Pencarrow, in a slow chase through the Cornish countryside to apprehend a couple of thugs. McCaddon is a master at delivering the multiple accents of the diverse characters--from London hooligans to African college students. McCaddon delivers the perfect leisurely paced cozy, in which the Cornish countryside plays a major part. There's even a cute dog. E.Q. © AudioFile 2017, Portland, Maine [Published: MARCH 2017]