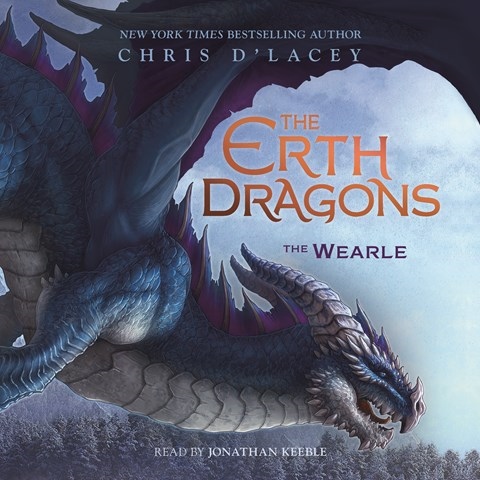 THE WEARLE The Erth Dragons, Book 1

On Erth, a group of sophisticated dragons called the Wearle share land with humans in an uneasy truce, the boundary marked by a scorch line. Narrator Jonathan Keeble launches into this tale with gusto, using a plethora of vocalizations that include screeches and roars. His urbane British accent gives the dragons a distinct air of majesty despite their ruthlessness. When a horrific accident causes a mother dragon to be crushed within a mountain, a teenage boy named Ren valiantly saves the mother's newborn son--and gains unusual powers in return. Keeble balances the tones of the diverse characters with crisp diction and consistency, making this first installment of a new series a treat for both the mind and ear. E.E. © AudioFile 2017, Portland, Maine [Published: MAY 2017]