Home»Reviews»TWO HEADS ARE DEADER THAN ONE 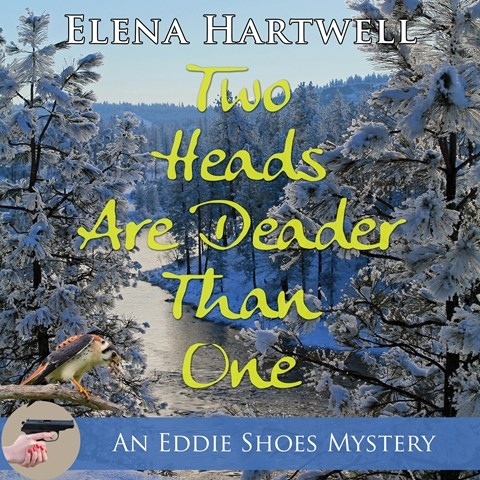 TWO HEADS ARE DEADER THAN ONE

Narrator Moira Driscoll conveys cynicism and curiosity as the voice of Eddie Shoes, a private investigator who finds herself the prime suspect in her own case. Driscoll's resonant voice and direct tone are reminiscent of noir fiction-- which is perfect for a mystery that unfolds when Shoes discovers a dead body and a friend from high school asks for help identifying her stalker. Though her voice has a feminine quality, Driscoll's even delivery keeps the hard-boiled detective sounding cool and level headed in the toughest of situations, including Shoes's attraction to policeman and ex-boyfriend Chance Parker. In addition to convincing voices and accents for other characters, such as Shoes's Latino father and an Indian landlord, Driscoll dons a gravelly tone for Shoes's Jewish mother. Chava's straight-shooting comments add humor and moments of tenderness to an enticing story that puts a unique spin on a classic detective genre. M.F. © AudioFile 2017, Portland, Maine [Published: FEBRUARY 2017]