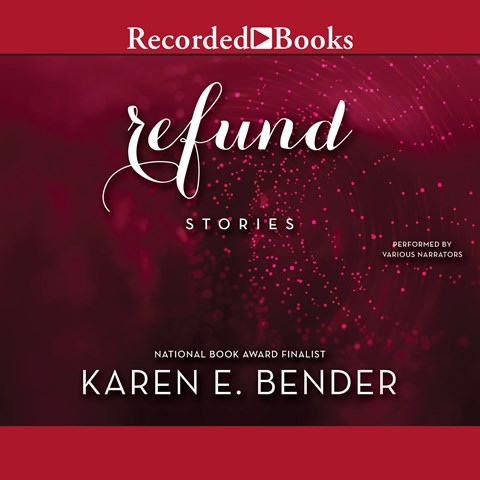 Four talented narrators bring to life 13 thirteen stories about money and how it permeates our lives. But these aren't just tales of financial woes. They delve deeply into themes of self-worth, regret, and the question of what adds up to a worthwhile life. Characters teeter on the edge of desperation and outright despair, and the voices of narrators Meredith Orlow, Carine Montbertrand, Eliza Foss, and Susan Bennett make their struggles feel heartbreakingly real. The narrators also capitalize on occasional moments of levity, saving the overall listening experience from being too morose. Montbertrand especially shines in "Theft," as 80-year-old former swindler Ginger Klein. Alone and terminally ill, Ginger embarks on an Alaskan cruise with plans of suicide--but makes a surprising connection with another passenger. A.T.N. © AudioFile 2017, Portland, Maine [Published: FEBRUARY 2017]