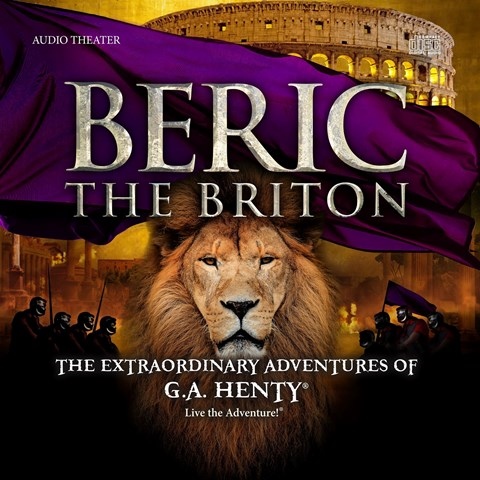 The instantly recognizable voice of British actor Brian Blessed (recently awarded an OBE) is just right for leading a cast of equally recognizable voices. Tom Baker from "Doctor Who" and Honeysuckle Weeks from "Foyle's War," to identify just two of the cast members, bring this 125-year-old children's adventure story to life. Beric, the young son of a local chieftain, is captured by legionnaires and must protect his friends, fight for the island he loves, and champion a new religion. Sound effects abound: Wolves howl in the pagan land of the Druids, swords and shields clash and clang amid the Roman invasion, and spectators cheer during the gladiator games. Sunday school meets classic comics in this family-friendly production. B.P. 2017 Audies Finalist © AudioFile 2017, Portland, Maine [Published: FEBRUARY 2017]