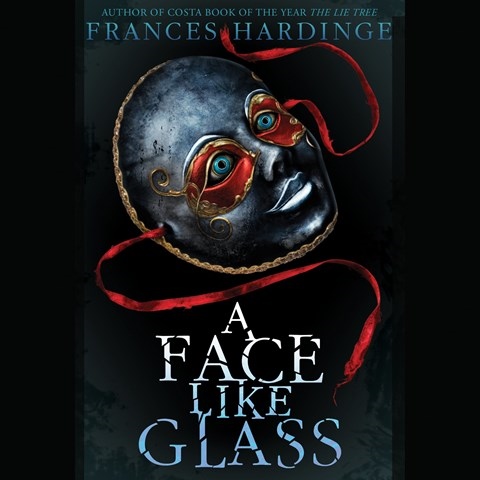 Narrator Kevin T. Collins's style is affecting as he delivers this engaging novel, which is rich with backstories. When Cheesemaster Grandible finds Neverfell, a 5-year-old human, in a cheese vat, he's as shocked as she is. The contrast between grumpy, reclusive Grandible and his young adoptee is perfectly rendered by Collins. They live in Caverna, an underground city where babies are born without facial expressions, which must be taught by "facesmiths." The wealthy have only the best of everything, for example, wine that erases memories and cheese that reveals the future, which the drudges must supply. Listeners will be transported to Caverna by Collins's vivid descriptions of the strange place and even more peculiar people. After seven years, Neverfell's maturity is audible as she observes the inequality that surrounds her when she leaves the safety of Grandible's home. Her fear will be shared by listeners as she realizes that she's in danger because of her expressive face. The touching epilogue brings a satisfying conclusion. S.G.B. © AudioFile 2017, Portland, Maine [Published: FEBRUARY 2017]