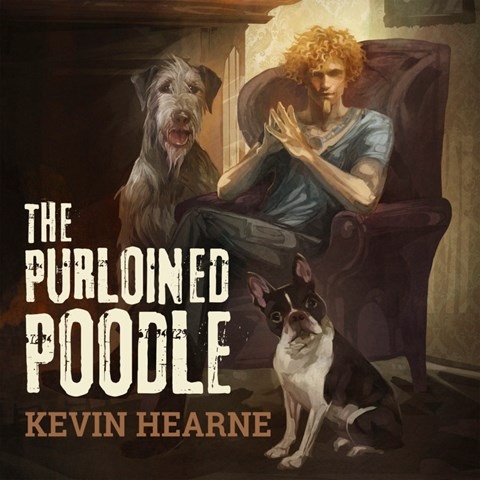 Narrator Luke Daniels portrays an Irish wolfhound named Oberon, who belongs to a Druid named Atticus. This novella gives Oberon the spotlight as he and Atticus investigate the dog-napping of Grand Champion hounds in the Pacific Northwest. Stakes in the case (as well as "steak dinners") are raised when an owner is found dead and a Portland detective grows suspicious of how Atticus can be in towns all over Oregon in a single morning. It's impressive how smoothly Daniels shifts between the extraordinary caricature of Oberon's voice and the many human voices he expertly performs, letting the hound's simple emotions drive the story with humor and doggy enthusiasm. Listeners will enjoy this light entry, which introduces new characters and complications in the series. D.L.Y. 2017 Audies Finalist © AudioFile 2017, Portland, Maine [Published: APRIL 2017]